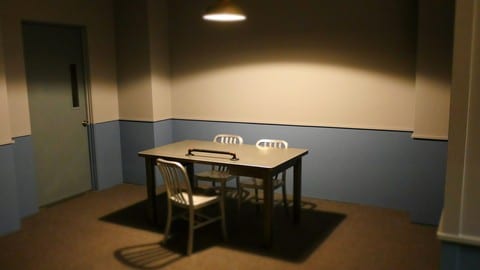 A desire to learn sophisticated techniques in lie-detection that go well BEYOND body language
Accepting that when the stakes are high, you may need to use deception in order to gain a confession–please, you have to be comfortable with this, or this course is not for you.

NEVER BE LIED TO AGAIN ************************************************************************This is a PREMIUM courseDr. Lieberman is the author of the New York Times best-selling book, NEVER BE LIED TO AGAIN (St. Martin’s Press), which is the #1 best-selling book on lie-detection, with millions of copies sold in more than 27 languages. He is the expert’s expert and in fact, he conducts training for elite FBI profilers, NSA, the United States military, and for police departments and private security firms on six continents—and created the program that is mandatory for all Psychological Operations (PSYOP) graduates. He has been featured in hundreds of major publications and journals; and appears as a frequent guest expert on national media outlets, including multiple appearances on such shows as The Today Show, The View, and Fox & Friends, and CNNDr. Lieberman is one of the top-rated experts in his fieldHighest quality video production and course contentUnconditional money-back guarantee************************************************************************In this course, you’ll learn exactly, step by step what to say to get the truth in any conversation or situation—be it personal or professional, and you’ll never have to wonder again if you’re being lied to, cheated on, or taken advantage of.Dr. David Lieberman conducts training in tactics of lie-detection and interview/interrogation for elite FBI profilers, the NSA, and the United States military. In fact, he created the program that’s mandatory for all Psychological Operations (or PSYOP) graduates in the United States Air Force—and he’s going to teach you, what he teaches to them.    You now have the unprecedented opportunity—to use the most important secrets governing human behavior for enhancing and advancing your every encounter; because knowing who is out for you, and who is out to get you, will make your life easier and happier—let alone safer!  Imagine what your life would be like if you had the ability to tell when someone was lying to you. The possibilities are endless. In fact, these techniques have been proven more effective and versatile than a polygraph test—live, on national television, Dr. Lieberman went head-to-head with a skilled polygraph examiner who brought in heavy equipment and spent hours interviewing mock suspects. Dr. Lieberman spent about three minutes with all of them and scored better!During an appearance on Fox & Friends, the host shocked the world, when on live TV she announced that she used one of Dr. Lieberman’s techniques to learn that her husband was having an affair! While interviewing Dr. Lieberman on his nationally syndicated radio program G. Gordon Liddy told his listeners, “I wish I had these techniques
back when I was in the FBI.”On air, Montel Williams wrapped up his television show after Dr. Lieberman was his hour-long guest with, “I rarely give endorsements, but [these techniques] will change your life.” Andy Blackwell, Board Governor and Fellow of the Institute of Professional Investigators writes, “Lieberman’s work is the ‘Swiss Army Knife’ of Lie Detection Techniques for investigators, a fascinating insight into human behavior at its worst. Whilst local laws may preclude the use of some of the methods described …. others can be used quite freely and will no doubt be particularly useful for professional investigators.”The New York Times put it best, when in a feature article they simply said, “Don’t lie to David Lieberman”.Save yourself time, energy, and heartache—and arm yourself today with techniques that are presented in the conversational and engaging, no-fluff style, that has made David Lieberman’s work so popular to MILLIONS OF PEOPLE around the world. In just about ONE HOUR, here’s what you will learn:In Part 1, Stealth Lie-Detection, you’ll learn how to get the information that you need without the person ever knowing that you may be on to him. These techniques are great for casual conversations when you think someone might be lying to you, but a full-fledged interrogation is out of the question.    In Part 2, Signs of Deceit we’ll cover the four dead-giveaways that a person is lying to you.    In Part 3, Time to Confess,  you’ll gain access to the most advanced psychological interviewing techniques to get to the truth and to a confession.************************************************************************Based on his New York Times bestselling books, he designed this course not just for law enforcement professionals but for all of us—from parents to poker players to small business owners—and certainly, for the good-natured person who’s just tired of being taken advantage of, lied to and manipulated by the world around them.

If you’ve ever heard….

I was out with my friends.

You can count on me.

It’s nothing personal. If you’ve ever wondered…..

Does he say that to everyone?

Is she out to get me?

Is the check in the mail?

Does he really love me?

Can I trust him?

If you’re tired of……

Being taken advantage of

Falling for the same old linesThen take this course and change everything today.  Enroll now to gain mastery of your ability to read people and to detect deceit, so you’ll never have to worry again, who is out for you, and who may be out to get you.

Lecture 4 Tactic 1: What is He Really Thinking?

Section 4: Part 3 The Three Most Effective Interrogation Methods to Gain a Confession

Lecture 11 Silver Bullet: Employ Ego Defenses, Up the Ante and Close the Deal

Dr. Lieberman’s clients include federal intelligence agencies, every branch of the United States military, and Fortune 100 companies, such as Google, Citigroup, and Boeing. He also conducts workshops for:,Law Enforcement,Mediators and Negotiators,Judges and Arbitrators,Educators and Administration,Human Resource Professionals,…but more importantly, in your personal life, learn how to protect yourself and your loved ones—when it comes to dating, marriage, children, tutors, coaches, and friends—and gain the peace of mind that you need and deserve.

You Can See More Courses in the Personal Development >> Greetings from CourseDown.com